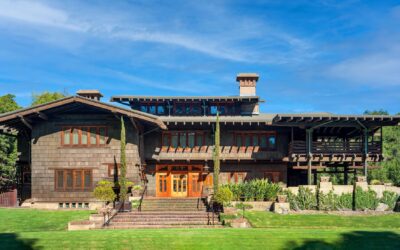 Past Online Events and Recordings

Adapting to Survive: The Country House and the Pandemic

An online talk by Ben Cowell, Director General of Historic Houses. This event was hosted by David Adshead, Co-Director of the Attingham Summer School with a Q&A at the end. You can watch the recording here

An Evening of Country House Readings, hosted by Tessa Wild, Co-Director of The Attingham Summer School. You can read the running order here watch the full recording here

Queen Mary, consort of King George V, has often been dismissed in the past as a collector of fripperies and bibelots, yet not only did she add considerably and significantly to the Royal Collection, but visitors to the royal residences today see the works of art through her lens. Queen Mary was the first member of the Royal Family to consider the collections in her care in their historical context, reorganising and redisplaying the works of art with didactic purpose and the provision of interpretation of many objects for the first time. Kathryn Jones, Senior Curator, Royal Collection Trust, and Rebecca Lyons, Director of The Attingham Trust’s Royal Collection Studies, consider Queen Mary’s role as collector and curator. You can watch the recording here

The Attingham Trust in association with the Furniture History Society
‘What tone is salmon-coloured? Interpreting documentation in historic textile furnishing schemes’ by Annabel Westman

Interpreting archival documentation can present many challenges when furnishing an historic interior. Colour and design, texture and technique are just some of the queries and considerations raised when restoring beds and window curtains, seat furniture and carpets to replicate an historic period. This talk will concentrate on colour and design with some historic house case studies to illustrate and show how sometimes questions have been resolved by the original trimmings supplied – and a red herring will be thrown in for good measure as well. You can watch the recording here.

‘The Château of Bagatelle: the story of a remarkable house and its collections’

Helen Jacobsen, the Director of the French Eighteenth-Century Studies course, looked at the absorbing story of the Château of Bagatelle, the former hunting lodge in the Bois de Boulogne that was transformed into a jewel of French neoclassicism as the result of a bet between Marie-Antoinette and her brother-in-law, the Comte d’Artois.
The recording is no longer available.

‘A Virtual Tour of Frederic Church’s OLANA: Masterwork of American Landscape and Design’

Sean Sawyer, President of The Olana Partnership, uses new 3D imaging technology to lead a virtual tour of Frederic Church’s Olana, the master work of America’s most acclaimed landscape artist of the 19th century. A National Historic Landmark, Olana overlooks the Hudson Valley and is the most intact artist’s environment in the United States. Its rich collection of fine and decorative arts reflects the global reach of Church’s vision and his extensive travels in America, Europe and the Middle East, which so strongly influenced his creation. You can watch the recording here

Ada de Wit, Curator of Works of Art and Sculpture at the Wallace Collection, London looks at Grinling Gibbons, one of the greatest artists of the English Baroque.
August 2021 marks the tercentenary of Gibbons’s death, which provides the opportunity to review his work and legacy. This lecture will focus on his work in country houses and royal palaces. It will also explain some popular misconceptions about him in light of new scholarship. You can watch the recording here

‘Pompeii and all that: Reimagining Ancient Worlds’

David Adshead, Co-Director of the Attingham Summer School and Director of the London House Course, looked at the cultural impact of the discovery of Herculaneum and Pompeii. News of the excavation of these ancient Neopolitan cities sent an electric shock of excitement across Europe and beyond and served as a stimulus to the nascent Neoclassical movement.  Grand Tourists, artists and architects flocked to see the statuary, wall paintings and other artefacts that emerged unscathed from their volcanic overburden.  Illustrated publications followed.  These cities also caught the attention of philhellenes at a time before travel to Greece and, modern day, Turkey was common, for they had been Greek colonies before they were Roman.  The discovery at Pompeii of a temple dedicated to the goddess Isis, decades before Napoleon’s invasion of Egypt, also triggered a fascination in all things Egyptian.  Aspects of collecting, design and decoration were all directly or indirectly influenced as a result. The recording is no longer available.

‘A Virtual Tour of The Gamble House, the iconic Arts and Crafts house in Pasadena, California’