DIRECTOR, THE ATTINGHAM STUDY PROGRAMME 2023 (VENICE AND THE VENETO) 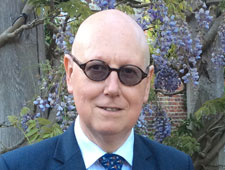 Andrew is an independent curator, lecturer and author. He has written and co-authored numerous publications, which include A Capital Collection, (co-editor and contributing author with Larissa Dukelskaya, Yale University Press with the Paul Mellon Centre of Studies in British Art, 2002) and Houghton Hall Portrait of an English Country House (co-author with David Cholmondeley, Rizzoli 2014). Guest curator of the exhibition ‘The Paston Treasure’ and co-editor of the accompanying publication (Yale and Norwich, 2018), he is currently writing a book on the European travels of Thomas Coke, his collecting and their impact upon Holkham Hall. Andrew co-directed the Attingham Summer School from 2012-2016, the 2013 Study Programme (Norfolk Houses), and has directed short courses for Attingham: At Close Quarters 2014 (with the University of East Anglia) and the 2022 Attingham Short Course, From College Library to Country House. He also directed two previous Study Programmes to Rome and Naples (2017, 2019).

back to our team